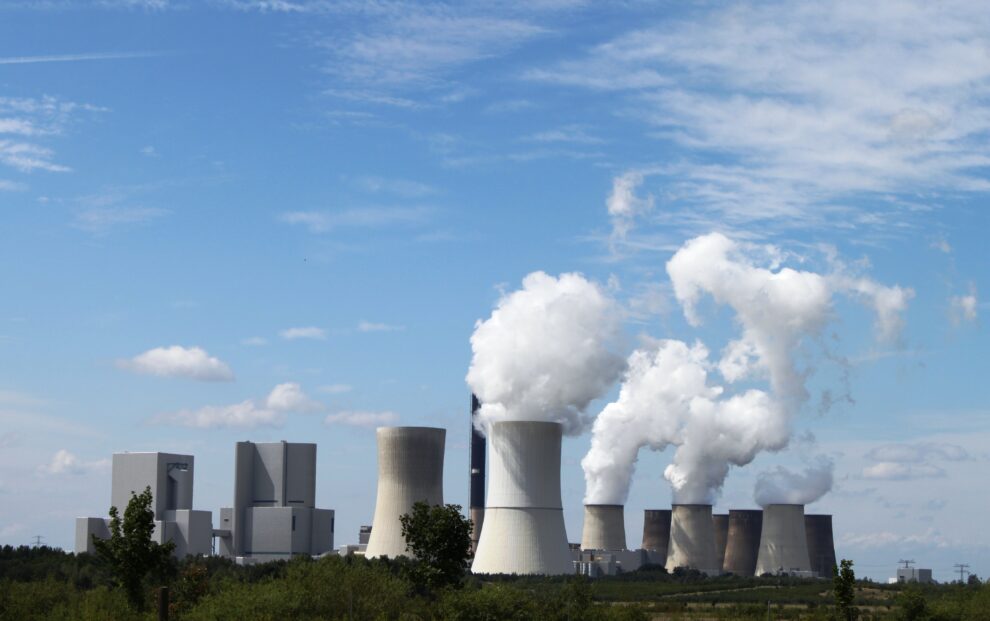 It could have been a Black Friday in the literal sense of the word. The unanimous opinion afterwards was that Europe had come within a hair’s breadth of a blackout. On Friday, 8 January this year, at 2.04 p.m., the biggest incident in the European electricity grid since 2006 began.

The accident, which affected south-eastern Europe, led, for example, to hardware parts worth several hundred thousand euros having to be replaced in the IT system at Vienna-Schwechat Airport. The consequences of a blackout, drastically worsened due to the current pandemic, can hardly be imagined. Nevertheless, politics and the media in Germany remained considerably silent. In Austria, however, much more attention was paid to the events.

In his thoroughly researched novel “Blackout – Morgen ist es zu spät” (Blackout – It’s Too Late Tomorrow), the author Marc Elsberg, who is also Viennese, sensibly chose a Friday in winter as the beginning of his story. Elsberg creates a scenario in which a power blackout plunges all of Western Europe into darkness. With the recent events, one can get the impression that reality is catching up with fiction. The European electricity grid, stretching from Denmark in the north, Portugal, Italy and Greece in the south, France and Portugal in the west, Poland, Romania and Bulgaria in the east, was threatened with collapse. The dramatic cause of the near-blackout can only be understood by those with technical expertise: a sudden drop in the grid frequency by 250 mHz. Initially, it was assumed that the power drop had originated in Romania, but in fact “the Croatian substation Ernestinovo failed its service and brought the European electricity grid to the brink of collapse” (FAZ). An oversupply of electricity in south-eastern Europe had led to a protective mechanism shutting down parts of the Croatian plant. “The power flows in the northwest and southeast of the substation were thus separated,” the paper said. Greece, Bulgaria, Romania, Croatia and Turkey, which are normally connected to the continental European grid via lines, went into “island mode”, was reported by the magazine Focus.

Large Shutdowns in France and Italy

On this day, exports of electricity from south-eastern Europe to the west, especially to France, Italy and Spain, were unusually high. In total, about 6,000 megawatts were exported. The interconnection in Ernestinovo was thus overloaded. In France and Italy, large consumers had to curtail their consumption in order to stabilize the rest of the grid again. France has taken consumers with a magnitude of over 1300 megawatts off the grid. Italy has also switched off industrial customers with a power consumption of 1000 megawatts, explains Gerhard Christiner, technical director of Austrian Power Grid AG.

“The situation returned to normal shortly before 4 p.m.,” the French network RTE appeased, according to “Le Figaro”. It explicitly affirmed that the incident had nothing to do with an appeal to reduce electricity consumption that had been published the evening before the blackout. The incident in the Balkans occurred a few hours after the grid operator in France had once again called on the population to save electricity in view of the relatively low temperatures, so that there would be no blackout in the country.

The fact that a peak was reached in France on the morning of 8 January this year is due to the cold spell, writes the “Frankfurter Rundschau” under the headline “Is France threatened by a blackout?” on the day of the incident in the Balkans and adds: “Temperatures in France are currently four to five degrees below the January average. At the same time, electricity production is falling because of the Corona crisis: during the lockdown last spring, a lot of maintenance work could not be done. This is having an impact this winter.” According to the large state-owned company Electricité de France (EDF), “only 44 of the 56 nuclear reactors are currently in operation; in the coming weeks it will be 43. Already a few weeks prior, the head of ‘Réseau de Transport d’Electricité’ (RTE), Xavier Piechaczyk, had predicted a ‘difficult February’. And that with normal seasonal temperatures.”

Time and again there have been and still are major outages in the power supply. Fluctuations in the electricity grid were blamed for a blackout in Turkey on March 31st, 2015. In 80 of 81 Turkish provinces, power failed for about eight hours, 76 million people were affected. The total economic damage amounted to around 700 million euros. One day after the near-blackout in the Balkans, a technical defect at the Guddu thermal power plant in southern Pakistan caused a blackout on 9 January that affected 200 million people.

The minor frequency fluctuations in the Balkan incident were not noticed in normal households. The electrical appliances used there do not react so sensitively. In March 2018, the “Neue Zürcher Zeitung” reported on an instability of the frequency in the European power supply, which also led to considerable deviations in electric clocks, under the headline “Why your oven clock is suddenly losing time”. While the cause was not identified initially, the European association of transmission system operators ENTSO-E reported on March 6th, 2018: “The power deviations originate from the control area Serbia, Macedonia, Montenegro (SMM block) and specifically from Kosovo and Serbia.” Great efforts were being made to resolve this discrepancy. The association also implies in its communication that there are political aspects involved as well as technical ones, and urges governments in Europe to take immediate action. It stresses that “political disagreements between the Serbian and Kosovar authorities have led to the observed power cuts. Unless a solution can be found at the political level, a risk of diversion could remain.” It is not difficult to see how quickly the business community and all other electricity customers could be at the mercy of political intrigues.

Businesses, in particular, are a sensitive area, as has been shown again recently. In many places, the emergency generators have already kicked in. If the grid frequency had fallen below the value of 49 Hz, automatic load shedding – i.e. the disconnection of end consumers from the power supply – would have occurred. Only the rapid addition of power reserves by switching on fast-starting gas-fired power plants probably prevented the blackout here. Georgios Stamatelopoulos, chairman of the energy producers’ association VGB PowerTech, said on Deutschlandfunk radio that additional feed-ins from Scandinavia and Great Britain were still able to compensate for the undersupply. Austrian energy suppliers have already contracted power plants taken off the grid to bridge shortages. As Gerhard Christiner confirmed in an interview, these plants were used “every second or third day” in recent years.

In the north-western European part of the grid, a power shortfall had occurred, causing the frequency to drop very quickly to 49.746 Hz, explained Herbert Saurugg. In explaining, the Viennese expert on preparing for the failure of vital infrastructures added to the press that in the south-eastern European grid, on the other hand, the frequency had risen to as high as 50.6 Hertz due to the power surplus. “In both grid sections, the extreme deviations from the nominal frequency show a clearly disturbed power balance. This can lead to far-reaching cascade effects in a system where the balance between consumption and generation must be permanently ensured,” Saurugg is quoted as saying. Experts repeatedly refer to the cascade effect, often also called the snowball effect. It means that it only takes a small trigger to lead to a major catastrophe in the end. Saurugg had already warned in an interview in SECURITY insight during the summer of 2018 “that we won’t survive the next five years unscathed.” After the latest incident, Austrian Defence Minister Klaudia Tanner (ÖVP) also stressed on 16 January that there would be a prolonged blackout of major grids in Austria in the next five years, “the probability of that is one hundred percent.”

Germany, an Island of the Blessed?

The incident in the southeast of Europe is the second large-scale near-blackout within two years, notes the Handelsblatt. In the summer of 2019, the situation was already critical on three days, according to the paper. At that time, too, there was not enough electricity in the German grid to keep the necessary frequency of 50 Hertz constant. Both times, however, a total blackout was averted – although only barely.

In view of the pandemic that is currently dictating life in Europe (and beyond), the extent to which the catastrophic consequences of a blackout would be multiplied in the current state of emergency can be foreseen, even without complicated mathematics. The reduction in hospital services alone would most likely lead to hundreds or even thousands of additional deaths within a very short time. The intensive care departments, where corona patients in particular receive artificial respiration, would be affected first and foremost. A good year ago, the TV magazine “SWR odysso” already envisioned the consequences for hospitals. “If the blackout goes on for more than eight hours and there is no end in sight, the hospitals will further restrict their power consumption. As many patients as possible are now discharged, and the remaining ones are moved together as close as possible. At the same time, however, the influx of patients will not decrease, as doctors’ practices and pharmacies will have to close down to a large extent. In addition, old people’s homes and dialysis centres rarely have an emergency power supply. All patients who are normally cared for there are now also dependent on a hospital.”

The possible correlation of a pandemic and a large-scale power blackout was already defined by the federal government in 2011. The report of the Committee for Education, Research and Technology Assessment of 27 April 2011, states: “A pandemic causes an extremely high level of sick leave; employees stay at home to care for their relatives. Here, too, a prolonged power blackout is possible as a consequence.”

“Blackout in agriculture – The catastrophe,” writes the web portal “agrarheute” in light of the latest incident, citing Thomas Petermann of the Office of Technology Assessment at the German Bundestag (TAB) and co-author of “What happens in a blackout.” Petermann’s assessment: “Due to the almost complete penetration of the living and working environment with electrically powered devices, the consequences of a prolonged and widespread power blackout would lead to a situation of severe damage. All critical infrastructures would be affected, and it would be almost impossible to prevent a collapse of society as a whole.”

The decisive problem and at the same time the greatest danger for the stability of the energy supply lies in the fact that, so far, there is no effective way to store electricity. Austria can use the Alps. Water is pumped into high-altitude reservoirs in times of surplus energy so that it can be used to generate electricity during shortage of supply. Another storage model is aimed at future electromobility. Batteries of future e-cars as an energy reserve. The concept is called Vehicle-to-Grid, or V2G for short (from the vehicle to the grid), and is intended to integrate e-cars into the electricity grids. The batteries of the vehicles should not only consume electricity for driving, but also be able to retrieve this energy from the grid when needed. However, the whole thing requires a large number of e-cars and charging stations at which the vehicles are kept permanently available.

The car manufacturer Fiat Chrysler Automobiles (FCA), the technology group ENGIE EPS and the Italian electricity grid operator Terna inaugurated a pilot project for V2G technology in Turin last September. The facility, which is intended to be the largest of its kind when completed, is designed to explore the interaction between electrically powered vehicles and the public electricity grid. But this is still a dream of the future. In view of the suboptimal crisis management of the German government in the current pandemic, we can only hope that another blackout does not complete the nightmare scenario. 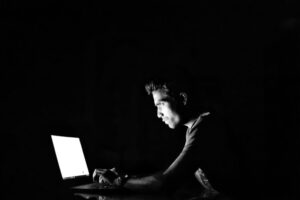 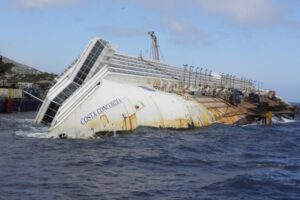 Guilt and Expiation in Business